Explore a strange yet somehow familiar world and uncover the secrets behind a sudden spirits uprising!

In this real time card game, you will face dangerous foes, and your journey will be full of struggles, but thanks to the summoning cards you’ll find along the way, you shall be able to unveil the mysteries hidden in the world of Racine.

Racine is a card game unlike a card game in which combats are automated and all actions happen in real time. Think fast and act quickly, for your opponents are relentless and your character won’t do much on his own.

Help him by using cards with various effects and ensure that he will be able to take on the oncoming fights. The boosts you give to your character carry on between the encounters, so think wisely about the kind of cards you will take on your journey or else, you may be sent back to your starting point sooner than you think.

Inspired by the classics of Japanese animation, we aim via the story of our game to discuss important contemporary subjects such as the relations between humans and nature, using our gameplay and graphics to support an original and immersive tale.

This game is still a work in progress, made with very little means.

We hope you’ll enjoy the demo, and if you like what you saw, don’t hesitate to leave a comment, report bugs, and follow us on social medias, feedbacks are always welcomed!

I already posted a bit before but I had to make another cause I managed to finally beat the demo! Absolutely blown away by how gorgeous the the small village i past, the boss fight, and just everything else I hadnt seen in my previous playthrough, and also still very addicting! Can't wait to play the full game!

Thank you so much for such kind words :)

Super enjoyable game! Kinda got lost with time and just kept going! Something about this game is just kinda addicting lol! Anyway, hope you enjoy the video, think I might even have another coming soon!

i did a re-install, and a fresh uninstall/ reinstall, but it still keeps happening

This should be fixed !

Don't hesitate to wishlist it on Steam ;)

Good luck on the project too

This card game demo is fantastic! I love the real-time fast pace of it. It gives you enough to learn on, but you're in the woods on your own before long. The charm and complete vision of the art style are great. Fluid animations, stunning backgrounds, creepy enemies....I love it!

Thank you so much !!

Really enjoyable game. At first I thought that the game might play itself in a way where the cards don't feel necessary but the shield you get after using a card and the increase of the difficulty as you progress really make them feel important and satisfing to use in battle. Great stuff, looking foward to the full version.

Are you planning to release a MacOS version? I don't have a windows computer and only a mac but I would really like to play this game.

Great game but at least on Linux with Wine it often crashes with this error:

of Alarm Event for alarm 4

Hi, The bug doesn't seem to be happening on Windows so unfortunately we are not able to find a fix right now. However we plan to release a Linux version of the game once it is finished, which hopefully should prevent these kind of issues. Really sorry for the inconvenience, we hope you still had a great time with the demo!

Hello. The game is not downloadable on account of the build being "undefined". Would love to try it when it's fixed.

Hello, could you give us some details about your problem ? Is it when trying to download the game on itch or when trying to run it? Some antivirus may prevent the proper download of the game, maybe the problem comes from this.

We checked with other users and none of them experienced this problem.

You can also download the game on Steam or try with this link: https://we.tl/t-ArTGL6PGNA

Very cool demo and incredible pixelart. The pacing of the combat I think stands out since it's not about clicking as fast as possible, it's about timing based on incoming blows and resources available so, I like it.
Sad to see the demo go but looking forward to the full release. :)

Hi,
Thank you for your comment and video! Another longer demo with new features will be available during the Steam Neo Fest starting February 20th!

Hey, awesome, I gotta check out the new demo too. Great work so far. :)

I love the charm and concept of this game, but i feel very little incentive to use cards, on the hardest difficulty I barely used any cards. The only time i ever used cards was to heal when my health was getting low, I understand the automated combat but couple that with the low difficulty and you have a game that practically plays it self.

This game has a lot of charm, and I absolutely love the simplistic art style, I just feel like there could be a good amount of improvements before launch.

Hi, thanks for the feedback!

The game is indeed too easy in its current state, that's something we misjudged before publishing the demo and that should be fixed on the next releases. The game is still months away from being released and there are a lot of things that should be improved by the time it's ready!

This is a greeaaaaat and funny game, I just think some polished details would make a great experience.

Some that have come to my mind is that it could have gestures to cast the cards, as in most card games. I know this is a little bit fast paced, but I thought it was kind of intuitive that you could drag the cards to cast them.

Also enemies could give some more explicit clues that they are about to attack, I kind of got the timing on some enemies, but I didn't feel I was getting "skilled" at the game by getting their movesets, I felt I only got to get the timing of more common enemies just for the time I thought they taken to attack.

Also I think you don't need to explain all of your interface, it's quite good and I felt the beginning of the game had a little too much explanation of things that didn't really need to be explained, not at least at the first glance of the game.

At last, I think the difficulty could increase significantly if you made the game more "easy" in terms of gameplay.

I hope this is not taken as criticism, I just really liked the game and felt like this little details could make it better.

Thank you for the feedbacks!

Regarding the gesture idea, that's something we thought about but didn't want to do in the end. The reason is that the game can get really fast paced at high levels and we wanted to prioritize input efficiency, even if it can be a bit unintuitive at first.

About the difficulty, we realized after publishing the demo that the game was actually way easier than expected and we're going to rebalance that to provide a more challenging experience.

Thanks again for sharing your thoughts, it's always appreciated.

It seems like the Discord server invite link has expired. Can you renew it, please?

I hope your game catches the attention it deserves, I have already added it to my wish list. Keep up the good work!

Thank you soooo much !!! 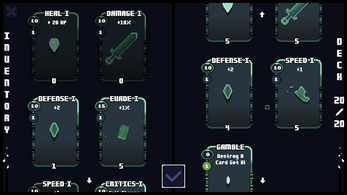 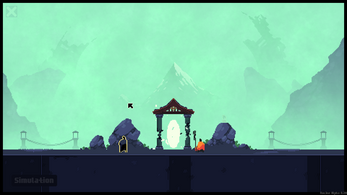 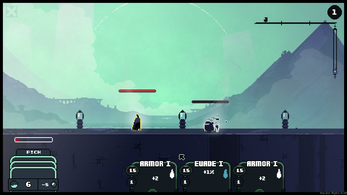 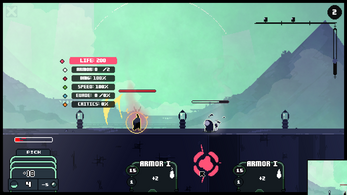